A January 12, I was going through a workday while looking toward a bright and renewed year when my countrymen and I went through one of the most traumatizing experience ever. The earth shook for 35 seconds and life as we knew it changed forever for all of us. Our lives were impacted in ways that are still not fully grasped to this day.

I didn’t lose close family members that day, but I have many friends who will never see a mother, a father, a child, a spouse or a friend. I didn’t lose someone that day, but I lost a part of myself. It is difficult to describe exactly but I know deep down that there is a piece that is still missing.

While being trapped in a shaking house was scary, however it was the fear, the pain, and the grief of thousands of voices that struck me at once when I exited that building. I will never forget those cries for the rest of my life.

Hearing those cries after the earthquake, made me hold my breath for many days, moving in a haze, constantly pinching myself to make sure it was not a dream. Seeing corpses aligned on the streets or being picked up like piles of dirt or garbage, broke something in me that I will never get back.

When I saw such lack of respect for the departed, given the “urgency” to remove the corpses among the living for fear of sickness, without proper identification or order, I felt that as a society, as a culture with the utmost respect for the dead, we had reached a new low level. For a year, I couldn’t cry, I couldn’t attend a mass without feeling that I was out of air. I finally let myself cry out loud a full year later.

For a lot of us, facing mother nature completely unprepared is one thing, not knowing how to track and find your loved ones, going through days, without hearing a word until you have to accept that you will never see them again, is another one.

People I know had to grieve without a single piece of their loved ones, as they were piled up in a common grave with no names to effectively confirm that they were buried there. They had to keep moving forward and go through the aftermath, one day after another, slowly rebuilding the remaining of a life that was shattered.

10 years later on a January 12, I bow my head for those who left, but I also want to celebrate the resilience of those who remained. Those who went through this trauma and are still fighting to make their lives better. Those who understood that wake up call and decided to act, to change, to improve, to build.

It is a second chance offered by destiny and I want to salute those who seized it. I want to celebrate their courage, their love for life.  It takes a lot to move forward from such tragedy and there is no such thing as forgetting.

A January 12, the earth tremors were felt in Haiti, just like they are felt in many other places around the world. We were not prepared that day, and to this day, I am not sure we are if such event happens again. I just know that it would break more people, taking a piece of them that they would never get back.

A January 12, can be any other day, in any other country. But it was in Haiti. We lost many, we don’t even have the right count. We kept going.  Let’s continue to celebrate life and work to make it meaningful for the generations to come. 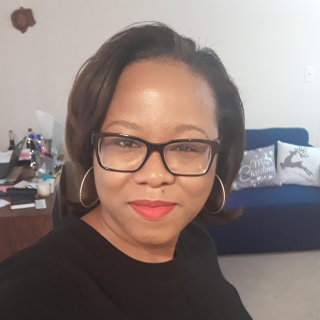